Down for the Count at Anthony & Becky's Wedding Reception, Pinewood Studios 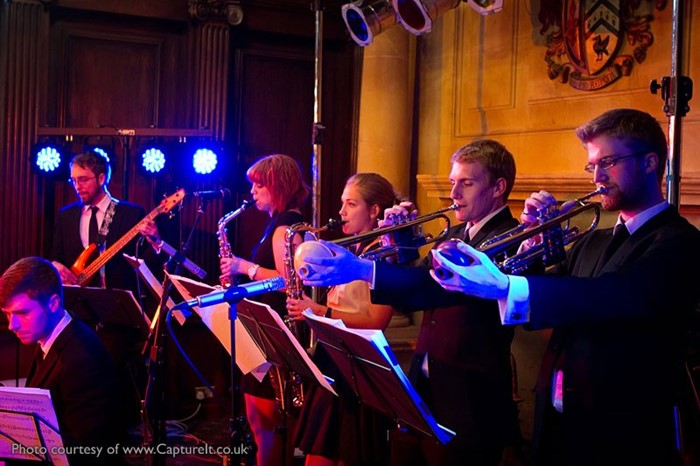 As most people would attest to, finding a band to play at your wedding that you feel you can trust is difficult. We certainly struck gold in finding Down for the Count.

Firstly, in the run-up to the wedding, Mike, the band leader, was incredibly professional, courteous and enthusiastic, which instantly put our minds at ease, and we felt that we could put our faith in this band. He was also proactive in his suggestions of these things that might work during the wedding, and was helpful in assisting with the timings.

We had the piano-sax duo playing during the wedding breakfast, which was much better than simply having a CD or iPod playing, and it was played perfectly in harmony with the mood during the meal.

Our first dance was to a song not in the band’s repertoire, but they showed great flexibility to learn it in time for the wedding day – and it was played and sung beautifully. Shame about my dancing…!

In the evening, we had the 9-piece band play and the sound was simply fantastic! The best sign that you have a good band in front of you is that everyone is on the dance floor having a great time. People are still talking about the music at our wedding now…

All in all, we highly recommend Down for the Count – a great band.

Photos courtesy of Capture It (www.captureit.co.uk)